Below are useful links to see what MCV looks like and how we sound. 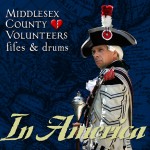 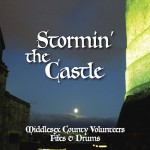 Members of the Middlesex County Volunteers Fifes & Drums (MCV) had the distinct honor of performing at the Royal Edinburgh Military Tattoo in August 2007.  This marked the first fife and drum corps to ever perform at the fifty-seven year-old event, and the first avocational group from the United States.  Previous U.S. representations – thirteen in the history of the event – have been either military or university ensembles. Since then, MCV has appeared at the 2009 and 2015 Royal Nova Scotia International Tattoo, the 2010 Edinburgh Military Tattoo’s Salute to Australia, the 2011 Sweden International Tatoo and the 2012 Basel Tattoo.  MCV returned to the Royal Edinburgh Military Tattoo in 2018 and was extremely well received.

Dressed in the 1779 uniform of the Continental Army, the group’s music spans over seven centuries.  The group performs an average of forty times a year, and has produced eight full-length recordings.  Often seen as the image of Boston, MCV highlights Boston’s annual Harborfest celebration, and has performed with the Boston Pops at their July 4th Esplanade concert (most recently in 2017), the Holiday at Pops concert series at Symphony Hall (December 2006) as well as at Tanglewood and the special series of concerts during the 2004 Democratic National Convention. Fifers from MCV were guest artists on the Boston Pops tribute to  John Williams CD, released in June 2017. The ensemble was a featured performer at the 2017 Sail Boston events.

This intriguing story can be told in several ways.  It is: 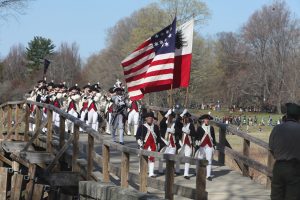 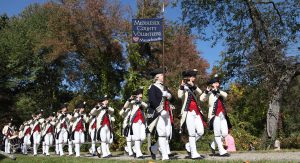