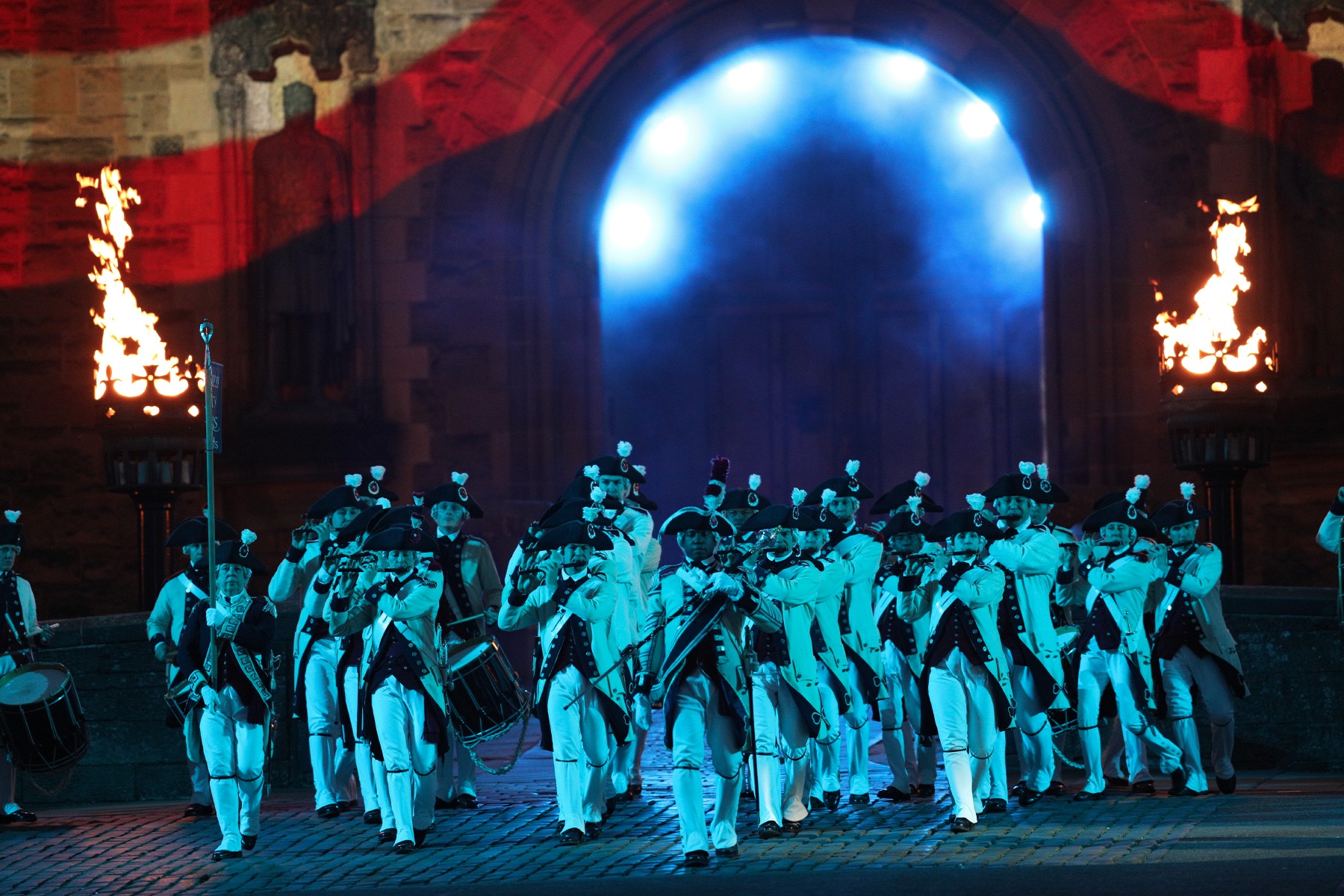 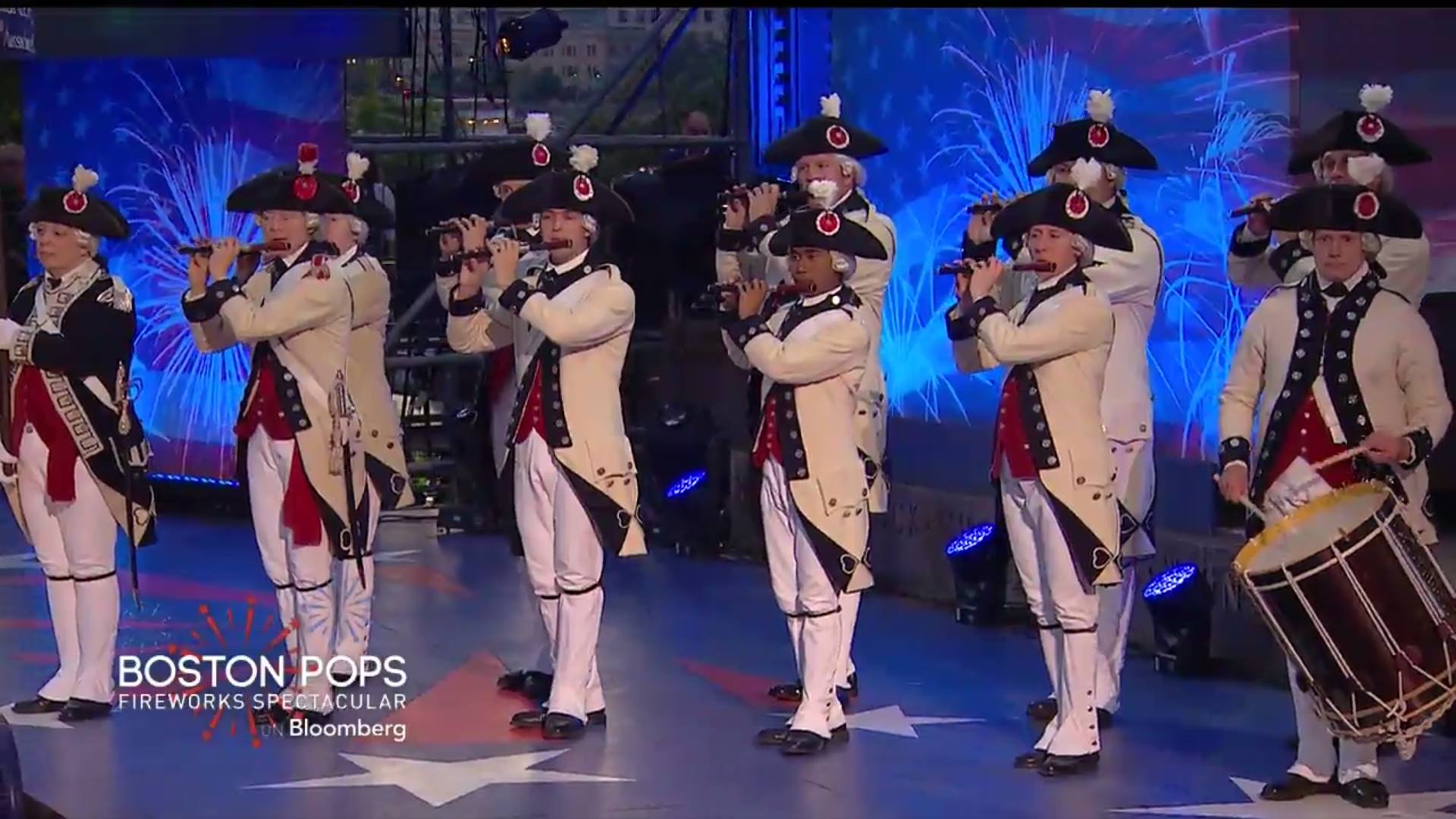 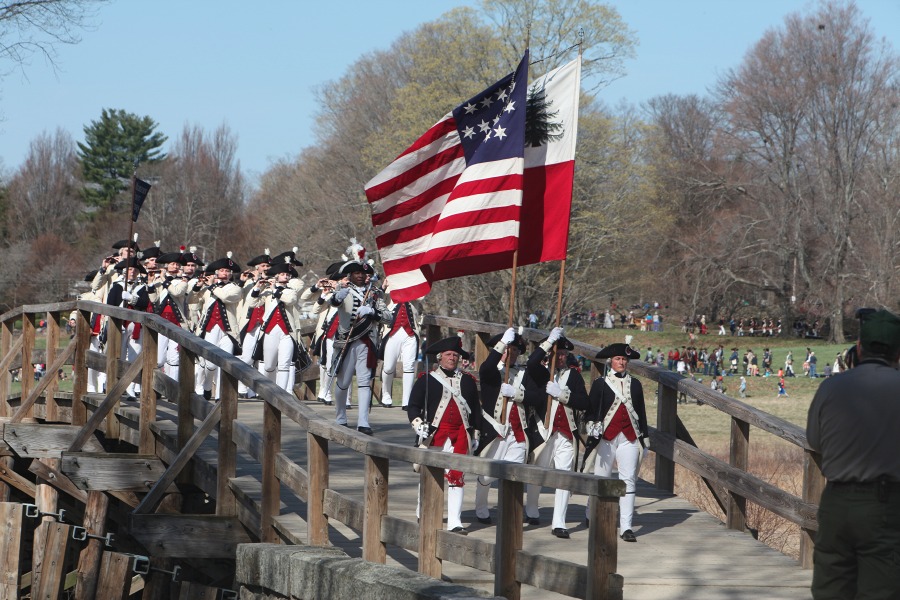 Middlesex County Volunteers Fifes & Drums ensemble is available for parades, concerts, and special events of every sort in many configurations, tailored to meet your needs:

The Fifes & Drums are a marching musical ensemble of fifers, snare and bass drummers accompanied by a ceremonial Color Guard. The impact of the formal 18th century uniform and precise maneuvering will give your audiences a sight they won’t soon forget. 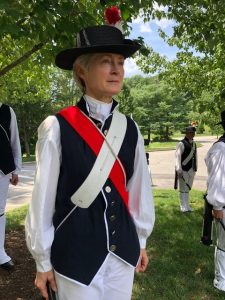 When the very hot weather makes the wearing of wigs and heavy wool rather…well…unhealthy, we appear in a cooler uniform that features a custom made sleeveless coat, straw hat and some elements of our full dress uniform.

If your event is threatened by wet weather, we don our hunting frocks, rain hats, and continue on despite the monsoon.

We are frequently called upon to present full-length narrated concerts, either indoors or out. A regular event is our 90 minute outdoor concert sponsored by the Boston Harborfest each July, and we frequently trek south to Colonial Williamsburg for concerts and special events. 2017 had MCV performing at several high-profile events during Sail Boston. MCV regularly collaborates with the Boston Pops Orchestra as featured artists at both Symphony Hall and the Hatch Shell in Boston and have appeared at Tanglewood.   MCV also performs regularly with The Boston Camerata, a world-famous early music ensemble. Performances with the Camerata have been in Boston, Lexington and Paris & Strasbourg, France. MCV  presented a well received Fall concert of fife & drum music on October 27, 2019 in historic Concord, Massachusetts.

Your work was inspiring and musically rewarding for both the orchestra and the audience…”
John Williams, Laureate Conductor, Boston Pops Orchestra – August 2000 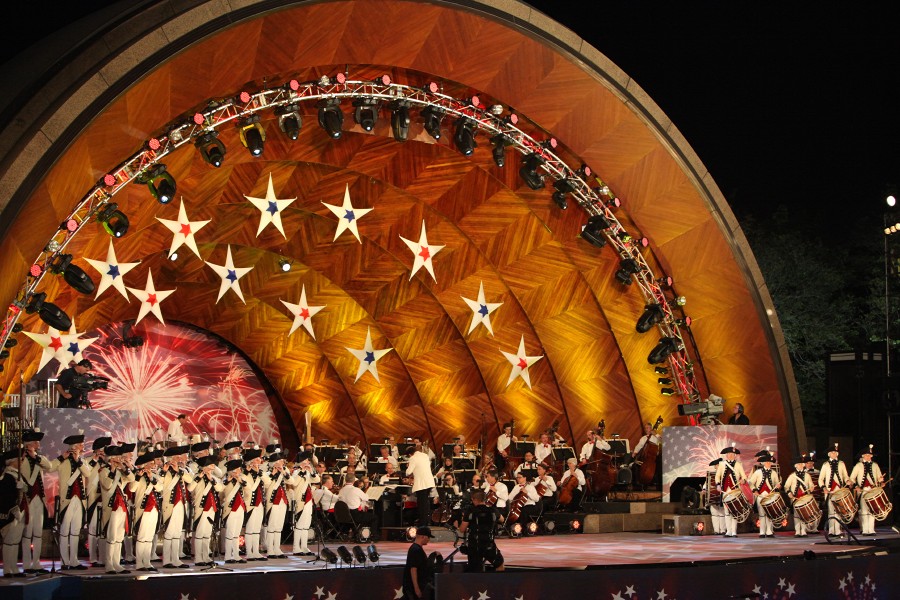 We also provide smaller ensembles appropriate to special events, especially those indoors. A quartet comprising three fifes and a drum is perfect to welcome conference attendees to a reception or symposium, or to lead your guests from a reception to dinner. Historic uniforms, historic music, all here in historic Boston. Just please remember that even a single drum played indoors is very LOUD!

“We always expect that when we bring MCV with us we’ll bring the house down.”

“Certainly in my 25 years in this profession, they are unique…the musical excellence with which a group of people who do this avocationally can perform is really extraordinary. They’re inspiring to us, they’re inspiring to the audience, and they project a very, very positive image of America through their music.” 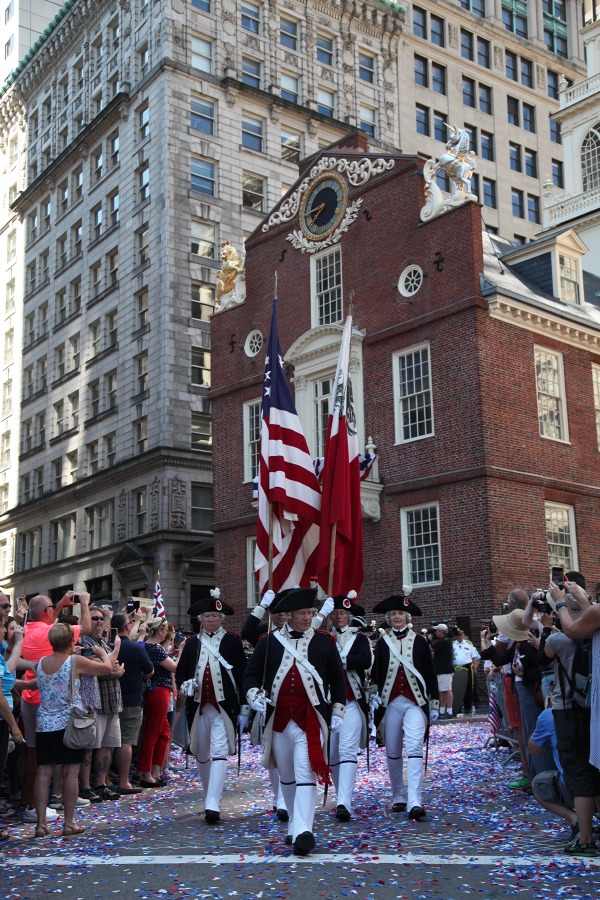 Dressed in the uniform of George Washington’s Continental Infantry, the color guard escorts historical flags with period weapons. This dignified section can be booked separately from the Fifes & Drums, and is most appropriate for dedication ceremonies, or for the Honor Division of parades, accompanied by a drummer if desired.

For more information contact us today to discuss booking the ensemble.