byGeorge March
May 24, 2011 0 Comments 690 Views0 Likes
Share
PrevVideo from MCV’s performance at the Sweden International Tattoo24 May 2011NextTruly an American Ambassador25 May 2011 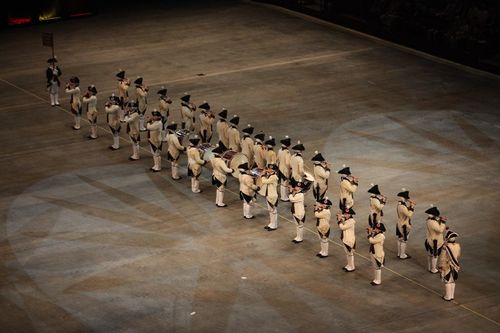 MCV's first tour of Scandinavia was truly a whirlwind. We arrived on Tuesday, May 17th (after flying overnight from Boston) and started rehearsals early on May 18th. After morning rehearsal we had an excellent afternoon tour of Copenhagen and then an evening in Tivoli Gardens.  Rehearsals resumed first thing on Thursday and went all day until our first chance to march the actual Malmö Arena. Friday featured a Tattoo cast parade through downtown, afternoon rehearsals and then the first Tattoo Finale rehearsal.  Saturday was an all day affair (two rehearsal run-throughs of the entire 3.5 hour show) and then opening night! MCV played to a sold out house of 8,000 and we had a blast.  Sunday featured our second and last show and then it was to the airport on Monday to begin our long journey home. 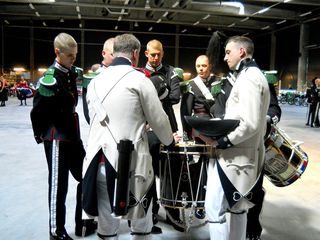 We made many new friends with the international cast members that hailed from throughout Europe and the UK. I wanted to give a special shout-out to our new friends in His Majesty the King’s Guard of Norway. Members of MCV and HMKG formed a great bond during our tour and we hope to see our Norwegian friends again in the not too distant future.