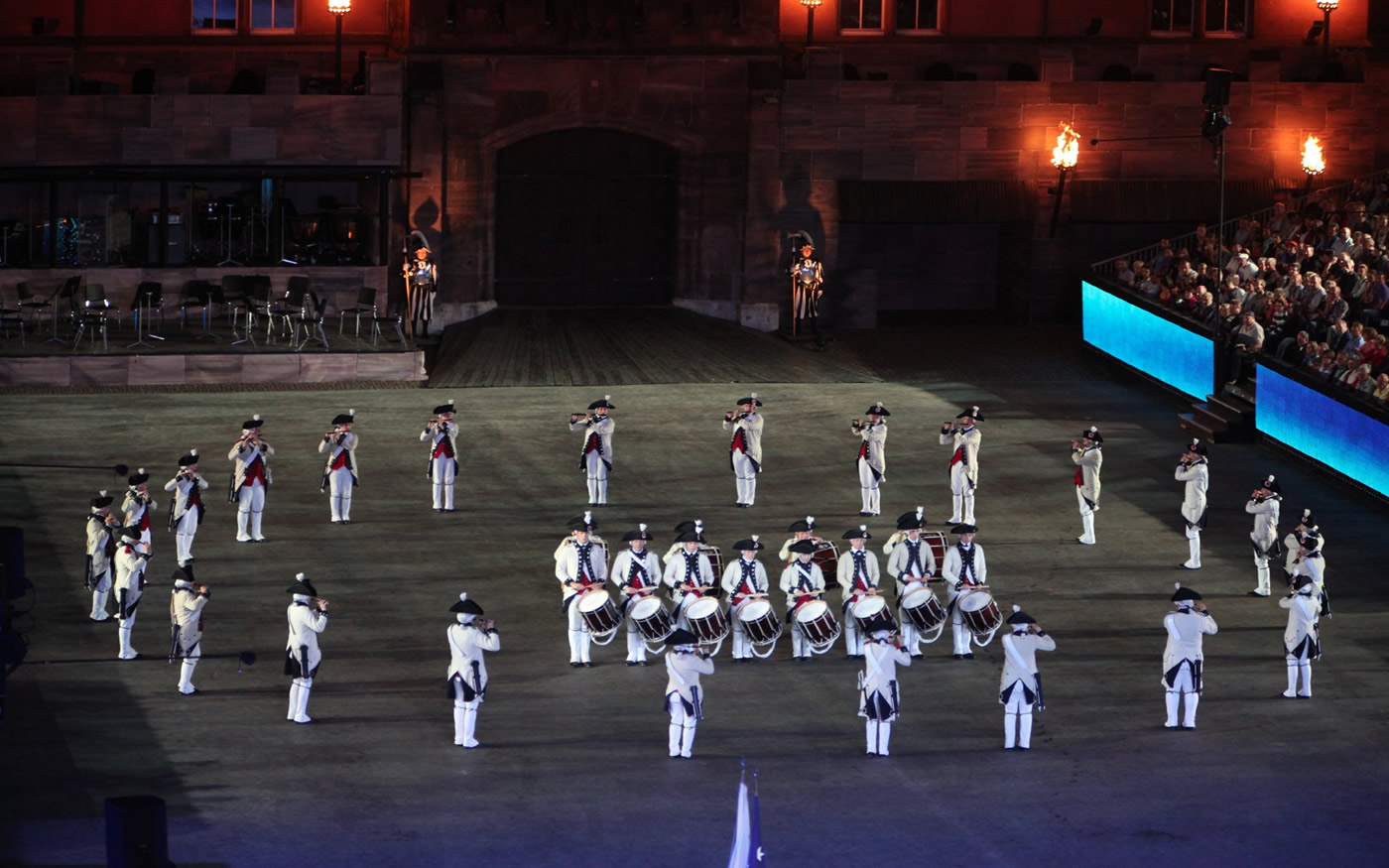 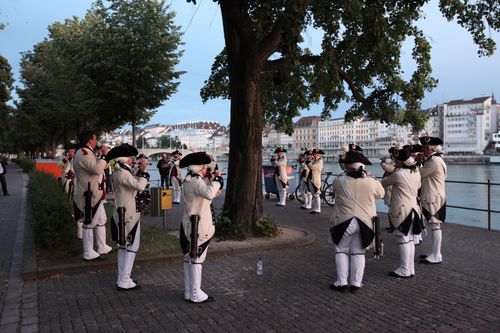 It is hard to believe that our farewell party in Basel was just two weeks ago.  MCV’s experience in the Basel Tattoo was phenomenal and we all miss our friends and the city of Basel itself. There were many experiences during our two week stay that I could write a book about, but this post will try to list just a few of my favorite moments.

MCV’s daily warm-up routine:  tuning up in the Kaserne was too noisy (tho we did do so during some of the rainy nights) so MCV headed down to the Rhine River, which was literally steps away from the venue.  The fifers took up residence on the pedestrian path with the drummers a bit further down under some shade trees.  We often ended up surrounded by dozens of passers by that stopped to see what the heck was going on! This was a knowledgeble audience and it was reassuring to receive such positive feedback from the locals. 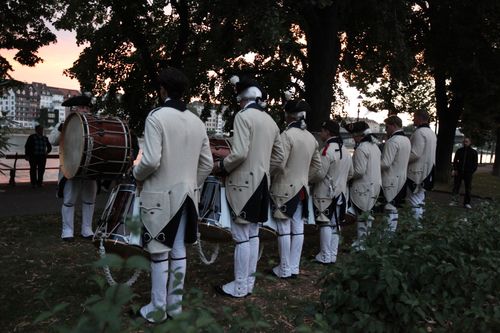 There is a famous song “z’Basel am mym Rhy”, which loosely translates to Basel on my Rhine (River).  MCV were fortunate to have this experience first-hand. 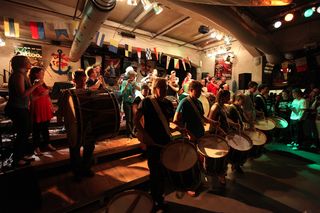 Basel Tattoo Cast Bar: this was our first Tattoo that had a dedicated Cast Bar. It was just a dusty concrete room when we arrived but by opening night the space had been transformed into a sparkling Party Central for the 1,000+ performers.  Each night a different band would take the Cast Bar stage and show off some of their hidden talents not seen during the Tattoo.  Props to all the groups for entertaining the assembled masses.  MCV braved the stage one night and were received with open arms.

Making Friends: I’m sure this point was assisted by our ability to mingle with other groups at the Cast Bar, but this is the main pay-off for performing at Tattoos.  Where else would you get the opportunity to connect with musicians from Denmark, Finland, Russia, Japan, New Zealand, Switzerland, Scotland, South Africa and the USA in one place?  And for the more adventurous souls, there were impromptu runs down to the Rhine to go swimming between shows. 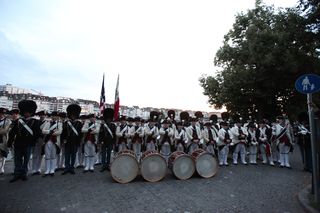 MCV and the Band of Flutes and Drums & Drill Team of the Royal Life Guards, Denmark, made a lasting bond, and a photo of our group photo on the last night of the Tattoo is posted here.  We hope to see our new friends again in the not too distant future.

The Roar of the Crowd: despite two shows per night, it was always a thrill to go through the gates of the Kaserne and out into the arena to perform for a sold-out house.  Our 7 minute set seemed to go by in seconds and was always well received by the 8,000 in attendance, whether the show was in the sun (early shows), the glow of the spotlights or in the rain (the show must go on…).  Always an honor.

Stuart Highlanders: our friends in the Stuart Highlanders Pipe Band did a terrific job for their first ever Tattoo and were well reviewed not only by the audience but also the production staff.  I am sure we will see the band back for other such events in the future.

That is it for me; it has been a great honor to participate in MCV’s latest overseas adventure. 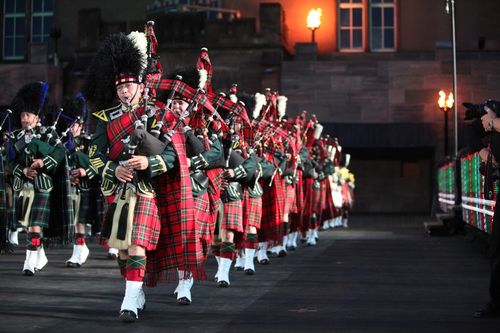 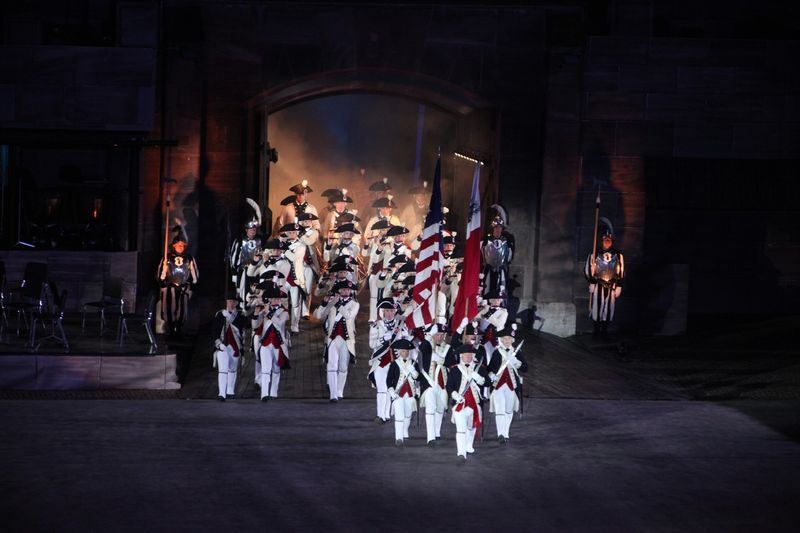 MCV marching out of the Kaserne 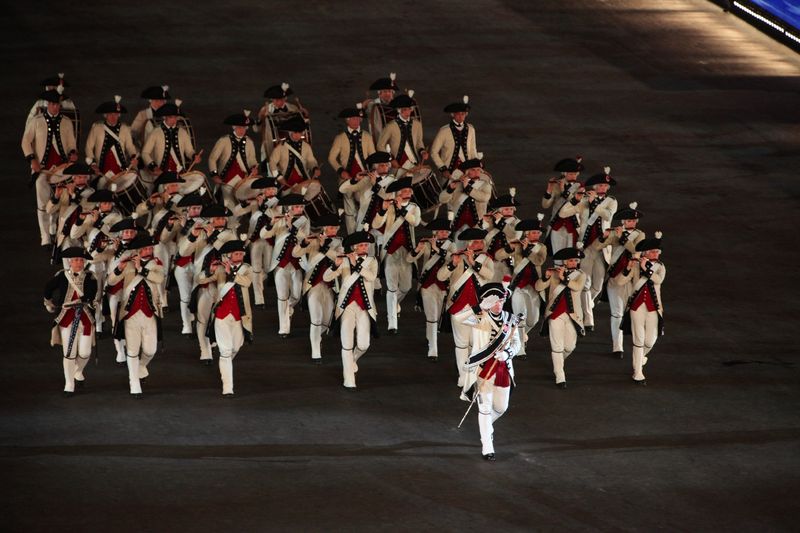 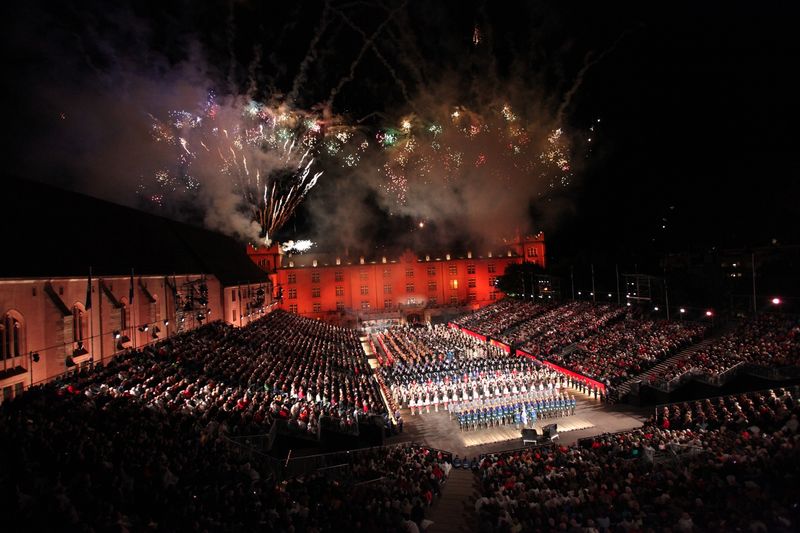 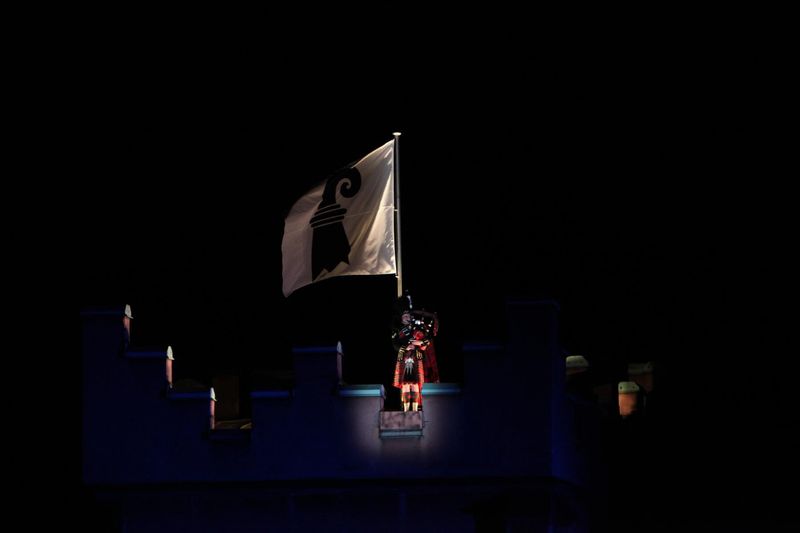