Introducing the Performers in the Sweden International Tattoo 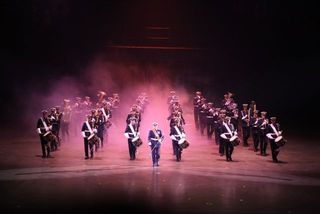 As we await the first signs of Spring and our big April Sweden Tattoo Drill Rehearsal weekend, here is a run-down of the other performing groups joining MCV at this year's Sweden International Tattoo:

Stay tuned for further updates as they become available.